It used to be that Mac users were a relatively small group, mostly composed of A/V nerds and graphic designers. And while these disciplines still account for a large portion of Mac people, Apple has gained quite a good deal more of the personal computer market share in recent years. Despite that, the world of non-console gaming doesn't quite reflect this change yet, as evidenced by the fact that the term 'PC gaming' is still generally the preferred nomenclature without actually applying to the OS X.

This is slowly changing. The days of attempting to play PC-only titles in a virtual machine are (thankfully) starting to be a thing of the past. Quite a few titles have been ported over to OS X in the past year or so, and it looks as though more and more developers are starting to realize that PC gamer should also include the Mac users. Heck, Steam got the right idea with porting over to the Mac, so have others. Here's a roundup of some of the most popular titles that are now available for OS X.

Like a prettier, smaller version of 'Diablo II', this action RPG manages to take most of the good aspects of overhead hack and slash games and add a few original touches which make it fairly addictive. Play as a member of one of three character classes who is tasked by Syl, a sage who has lost her mentor, Alric somewhere in a mine beneath the city of Torchlight. The mine is filled with Ember, a substance which is known to imbue both objects and people with magical abilities, but also corrupts the minds of any living creatures with whom it comes into contact for prolonged periods.

Further still beneath the mines are ruined palaces, hanging gardens and other stranger labyrinths filled with monsters and loot. The player is accompanied by a pet in the form of a cat or dog who can carry extra items, aid in fights, heal, and sell off unwanted treasure without the player having to port back into town. While it's not the most nuanced plot of all time, this game is more than an adequate substitute for those who can no longer hold their breath waiting for Blizzard to release 'Diablo III'.

Few games can reduce a grown man to whimpers and tears. This game is one of them.

At the start of the game, the main character awakens in what appears to be the entryway of a castle with no clue as to his identity. He soon finds a note from himself, which reveals that his name is Daniel and that he has forced himself to forget the circumstances under which he arrived at the castle. The note also warns him that he is being hunted by a 'shadow'. Thus begins Daniel's descent into the castle (and- dun dun DUN- The Darkness), where he must discover, via a series of flashbacks, just what the hell is going on, and how to stop it. 'Amnesia' is all from the first person perspective, though to call it a 'shooter' would be misleading, since Daniel cannot actually fight anything. He must stay within areas of light in order to remain sane, and can collect tinderboxes and oil for his lantern. However, he can't stay in the light all the time, or else he will be seen. And if he is seen, he will be attacked. Even if he can't see what's attacking him. 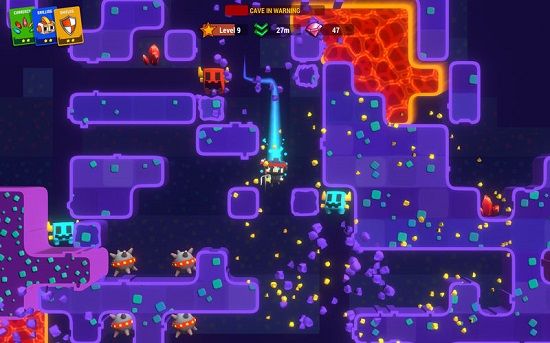 Whether you love it or hate it, Diablo 3 is arguably one of the best action RPGs ever made. Superior to any of its predecessors, Diablo 3 offers a host of new features, gameplay changes, and, of course, another adventure in the dark world of Sanctuary.

Additions like the new crafting and skill rune systems should expand the experience without straying too far from franchise roots, while alterations to the core gameplay should help to streamline things considerably.

Instead, they've helped eliminate the minor nuisances you had to deal with in the prior games. No more manually picking up each last pile of gold. No more tedious inventory management. This is a smarter, faster version of the Diablo we all know and love, and that's definitely something to be excited about.

Unfortunately, the inclusion of the in-game auction house may hamper some of the enjoyment players may have with the game, but it isn't a deal breaker. Beneath its problems, the game is still a solid action RPG.

Diminutive robot protagonist Josef finds himself in what appears to be a junkyard. After a brief tutorial in which actions and abilities are demonstrated, it is made clear through a few cartoonish flashbacks that some bad robots wearing black hats kidnapped Josef's girlfriend, and strong-armed the little robot himself out of the robot city. Josef then proceeds to re-enter the robot city in pursuit of his lost girlfriend, only to discover that the Black Cap Brotherhood has planted a bomb in the robot city. Josef must then solve a series of extremely creative visual puzzles in order to free his lady, disarm the bomb, and save the city. The soundtrack is particularly amazing, the artwork is charming, but 'Machinarium' is the sort of experience that cannot really be described in any way that will do it proper justice. Just play the game.

Filled with dieselpunk eye candy and tough moral decisions, this eponymous first chapter of the 'Bioshock' series is basically a big middle finger in the collective face of Ayn Rand enthusiasts, proving to many doubters outside the gaming subculture that videogames could be more than just mindless gore-fests.

The player assumes the role of Jack, who has come upon the fallen underwater city of Rapture, built by uber-capitalist businessman Andrew Ryan. Due to an increasing discrepancy between the rich and the poor, and human dependence upon a substance known as ADAM, Rapture has suffered a catastrophic revolt. Jack has survived a plane crash over the Atlantic Ocean only to find his way under the surface to Rapture, guided by a man named Atlas. Jack must then make his way through the city, encountering Little Sisters, the carriers of the ADAM, and Big Daddies, the guardians of the Little Sisters. Throughout a series of quests, the truth is slowly revealed to be even stranger than the initial setup.

Though both of these titles have been out for a few years now, they were only ported to OS X and made available through Steam just last fall, to the enjoyment of all. There are obviously a plethora of zombie-related games out there, and no one would blame a person for being sick and tired of all the lurching and shambling. However, both of the Left 4 Dead games are particularly intriguing in that the co-op mode doesn't just involve playing together, or helping each other out. In certain instances, a player actually needs his or her co-players, like when the player respawns in a locked closet, or needs healing but is not carrying any form of medicine. Teammates can bring one another back from the brink of death with a defibrillator or lure the infected away from other teammates with a pipe bomb. So basically, short of a space virus that actually causes the zombocalypse to happen, this is probably the most realistic simulations available in terms of the need for teamwork. Even though the likelihood of magically finding guns and defibrillators lying around in real life is kinda dubious.

Originally bundled in Valve's 2007 Orange Box for PC, Xbox 360 and PS3, this first person puzzle-platformer was intended to be a small bonus game. However, it ended up being so wildly popular that it was ported to OS X and released in May of 2010 via Steam. In a series of jump, gravity and timing puzzles with teleportation as the main mechanic of gameplay, the player (who we eventually learn is a woman named Chell) must overcome increasingly difficult test chamber scenarios at an Aperture Science research facility. Chell is at first guided and then taunted by an AI named GLaDOS, who promises 'cake and grief counseling' should Chell complete the experiment satisfactorily.

Like its predecessor, Portal 2 is also very much worth playing. Set hundreds of years after the events of the first game, the Aperture Science labs are in a dilapidated state, and allow for you to discover what happened at the laboratory once and for all.

The clever gameplay mechanics from the first game return, and are bolstered by a host of all new puzzles involving various forms of liquid paint, lasers, and other physics-bending materials.

This sequel was a long time coming. Thankfully, it shipped for PC and OS X at the same time. The story picks up four years after the events of the original Starcraft, and follows an insurgent group attempting to make its way across the Terran Dominion. Non-linear gameplay with regard to the campaigns keeps the game interesting, and is a minor departure from the original. However, the order in which the campaigns are done will not interrupt the narrative. 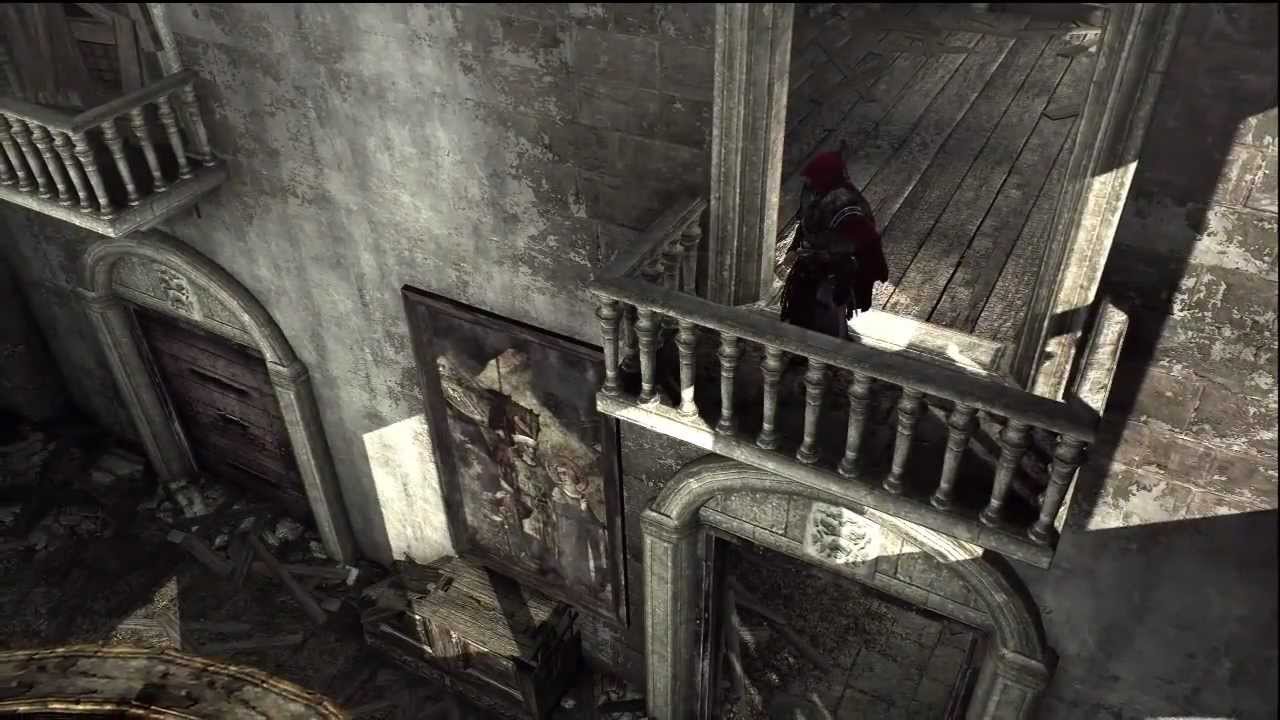 Units remain largely the same, with some additional specialized units available only for campaign play and not in regular multi-player, such as the Terran Wraith, Vulture, and Diamondback. There is also a map editor, similar to the original StarEdit, which allows for customization of terrain and campaigns.

Firaxis's XCOM: Enemy Unknown is a true successor to the turn-based strategy game series by Microprose. XCOM: Enemy Unknown sees the invasion of our cities by an extraterrestrial force that seeks, it seems, to purge mankind from the face of the planet.

Players are tasked with controlling a squad of earth's finest soldiers to take on the alien menace head-on in turn-based combat in locations ranging from dense urban environments to labyrinthine alien structures.

Revived by the makers of Civilization, the new XCOM streamlines everything that made the original title a little annoying to play through and improves upon all of its best qualities for a modern, turn-based strategy game that's like no other.

In addition to being released on the console, the game is quite thankfully playable on both the PC and Mac.

Minecraft began as a PC-only game, but it's since been ported over to the Mac and Linux, where it has enjoyed regular updates consistent with the PC version of the game.

The game's popularity can be attributed to the fact that it plays like a sort of multiplayer game of Lego, in which players can craft castles and kingdoms to their hearts content, or explore the procedurally generated wilderness for adventures that are unlike anything they've ever encountered.

Played both offline and online, the game is fully compatible with its PC and Linux counterparts so friends and family can play the game with each other on servers regardless of whether they're running the game on Windows or the Mac's OS X.

Borderlands 2: The framerate may not be the best for the Mac version of Borderlands 2, which is why we haven't thought to include it on this list. When Aspyr (they're handling the port) sharpens up the game' well consider it.